Somehow Erica, the sharpest cookie, noticed that I have a bookshelf and asked what was on it. So, because I got nuthin better to do I decided to (sorta) catalog it. Here goes…

[PS Erica, I hope you server can handle the extra 2 viewers your gonna get because I linked to you ;) ] 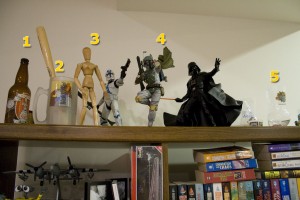 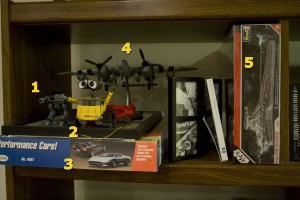 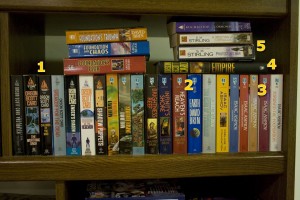 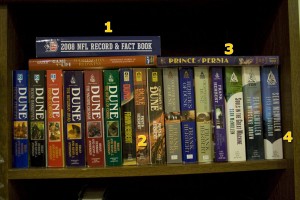 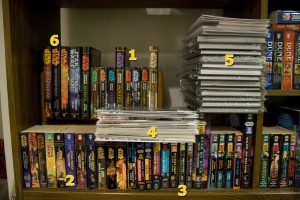 These are all tons of star wars books. Not because they are necessarily good books… quite the contrary. While there are a few good ones, many are downright mediocre. I have the whole series because I am fanatical about having the whole series (see Dune, Ender, Foundation as other examples) even if some of the books aren’t really worthy. Note that most of these are in chronological order. 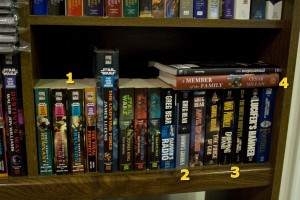 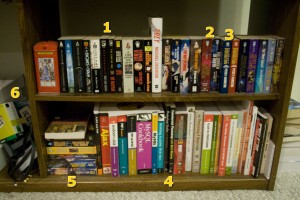 Hope you all enjoyed this. Now stop trying to peek in my window…

3 responses to “What’s on my bookshelf”