OK, first up is the “Cloverfield” movie. If you haven’t heard about it, you have been living under a rock. Or you are a regular person and not a geek. Anyway JJ Abrams (MI:III, new Star Trek flick) has the geek community buzzing with this. There have been so little info that has leaked, we don’t know the plot, don’t know who’s in it, that it has everyone talking about it. We don’t even know the name of the movie. We did get that it comes out on January 18, 2008, due to the first trailer that appeared online, check it out here, or just watch below.

OK, so are you confused yet? It shows a going away party, and then disaster strikes. And yes, that IS the head of the Statue of Liberty rolling down the street.

Rumor has it that the plot revolves around an alien landing in NY, and wreaking havok. And AICN has a couple of rumors going around (try here and here), including a possibility of “when a scale is dislodged from the monster (if it gets blown off by shelling, for example) the scales actually turn into smaller, raptor-like creatures that run around wrecking havoc” and also there is a potential scene where someone is “bitten” (by what, I don’t know) and everybody goes into a tizzy… shades of Dawn of the Dead, or Aliens perhaps?

Well, here is a shaky camera phone shot of the trailer that just came out with Beowulf. And apparently, after all the secrecy regarding the name of the movie, it is actually called “Cloverfield”. Sneaky JJ Abrams. Very Sneaky.

Now… onto some true badassery stuff. 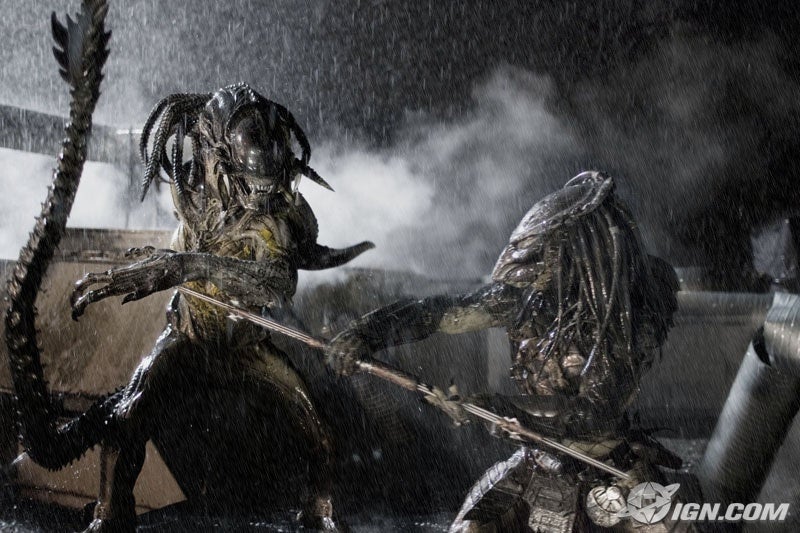 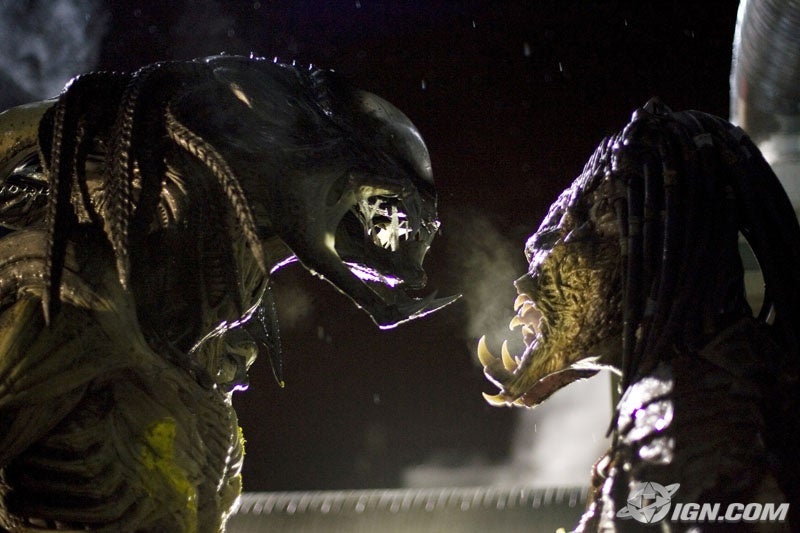 Yes, ladies and gentlemen. These are some stills from the new Aliens vs Predator: Requiem movie via IGN. It comes out on… Christmas. Notice the similarity between the Aliens and the Predators? If you didn’t know, the Aliens always pick up some DNA from their host (thats why they always look human, or in Aliens 3(?) the dog-like one), so they must have gotten to one of the Predators.

Now you MUST SEE the trailers. I can’t embed them here, but go check them out here at IGN. Note that it is an R-Rated trailer (shockingly) so you have to enter your age to watch. There is a clip from a scene in a store, and the full trailer. WATCH THEM BOTH. The predators are truly badass in this one, but there’s just. so. many. aliens.

From what I can tell, the plot line is basically a ship crashes (looks like an Predator ship, not 100% sure tho. If it is, it may be a continuation from the first AVP which would make sense) into the woods near some small town. The disgustingly creepy little egg-laying face-suckers get to a dad & son hunting in the woods. Which of course then spreads into the town. The US Military is called in, they get overrun and some general decides to nuke the place. So the movie is about trying to survive being killed by Predators, eaten by Aliens, or nuked by your own government. AWESOME.

I know you can only tell but so much from a trailer, but this looks every bit like a good one, and everything the first film should have been. The only worthy scene in the first movie was the WWE style fight between a Predator and an Alien, but that lasted only 30 seconds. The other hour and a half worth of movie was a waste. But this one… oooo, it looks good.

A slightly different trailer on youtube. Amusing because it shows a countdown of the population of the town :)

One response to “MORE TRAILERS”